If you have been charged with a heroin related crime or another serious drug felony, our attorneys at The Kronzek Firm can help. Our drug crime defense lawyers have been successfully defending clients with drug crime prosecutions for decades and we’re ready to defend you next! Our Michigan based criminal attorneys are experts on individual Constitutional rights. Drug team officers violate the rights of some citizens, so the 4th Amendment to the U. S. Constitution is where we like to start when our defense team begins to build your defense strategy. 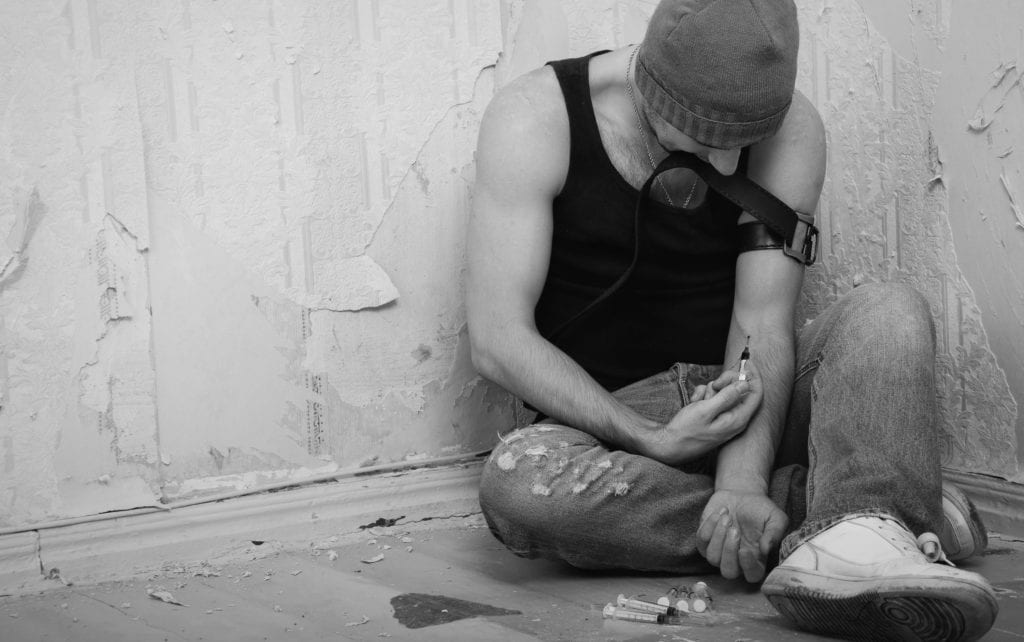 Since heroin is a Schedule 1 drug, any heroin-related drug conviction will bring with it extremely  serious consequences. Anyone involved in a heroin drug crime could face many years of prison and will need excellent Michigan Drug Defense Attorneys fighting on their side.

Heroin was first created and marketed as a non-addictive alternative to cough suppressants. However, heroin is synthesized from morphine and is indeed very addictive. Once officials realized how addictive heroin truly was, federal and state laws were enacted to make the drug unlawful. Not all countries have drug laws as strict as ours. In fact, it is possible for patients in extreme pain to obtain heroin abroad.

Heroin has lately become very popular in Michigan. Some nicknames for it are dragon, dope, Big H, mud, horse and smack. Heroin is extremely addictive and users quickly build up tolerance to the drug, needing more and more each time the use, to be able to experience the same kind of high. As users up their heroin dosage, they face an increased risk of overdosing. Heroin slows lung function, so death can occur when the user stops breathing or chokes on their own vomit. Heroin is a common drug of choice for people who commit suicide.

How Heroin is Used

There are various ways to ingest heroin. All of them are illegal and all of them can be fatal. One of the most common is referred to as “shooting up,” which is where one injects heroin through the veins. This is problematic because repeated injections into the body cause the veins to become inflamed and eventually collapsed. Users then have to find new veins to use as injection sites. In more serious cases, collapsed veins never fully recover. Still, users choose this intravenous method because it provides the quickest high – just seven or eight seconds. In addition, drug users sharing needles spreads AIDS and hepatitis, both of which can be fatal.

Users may also snort heroin or heat the drug and inhale its vapors. The inhalation tube that is normally used left behind contains drug residue. This is why Chasing the Dragon became popular, where users reheat the residue to smoke it. 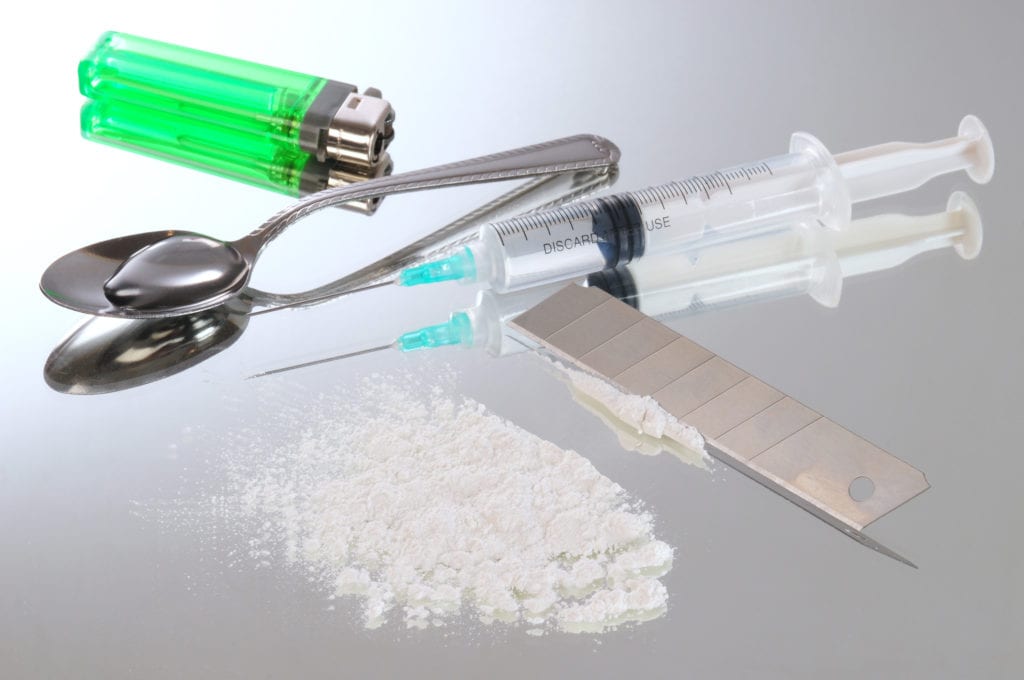 Heroin traces stay in the body for a long time. Heroin can be detected in the user’s blood, hair follicles, urine and plasma. People on probation are often subject to urine drug tests and, if any heroin is detected, the person may be charged with a Michigan probation violation.

As the government continues to fight in the “War on Drugs,” both federal and Michigan drug law have continued to tighten. If you are facing a heroin drug charge, you should not expect any leniency from courts and prosecutors. Look for a tough lawyer rather than help from the court.

Penalties for Heroin in Michigan

Heroin is a Schedule 1 drug, so it brings with it several penalties for its use and possession. As there are many different types of heroin-related crimes in Michigan, the exact penalty will depend on the defendant’s exact conviction.

Penalties for Heroin Use

In Michigan, heroin use is a misdemeanor drug crime. If convicted of heroin use in state court, you may face up to one year in jail, a fine of up to $2,000, or both.

Penalties for Manufacturing and Delivering Heroin 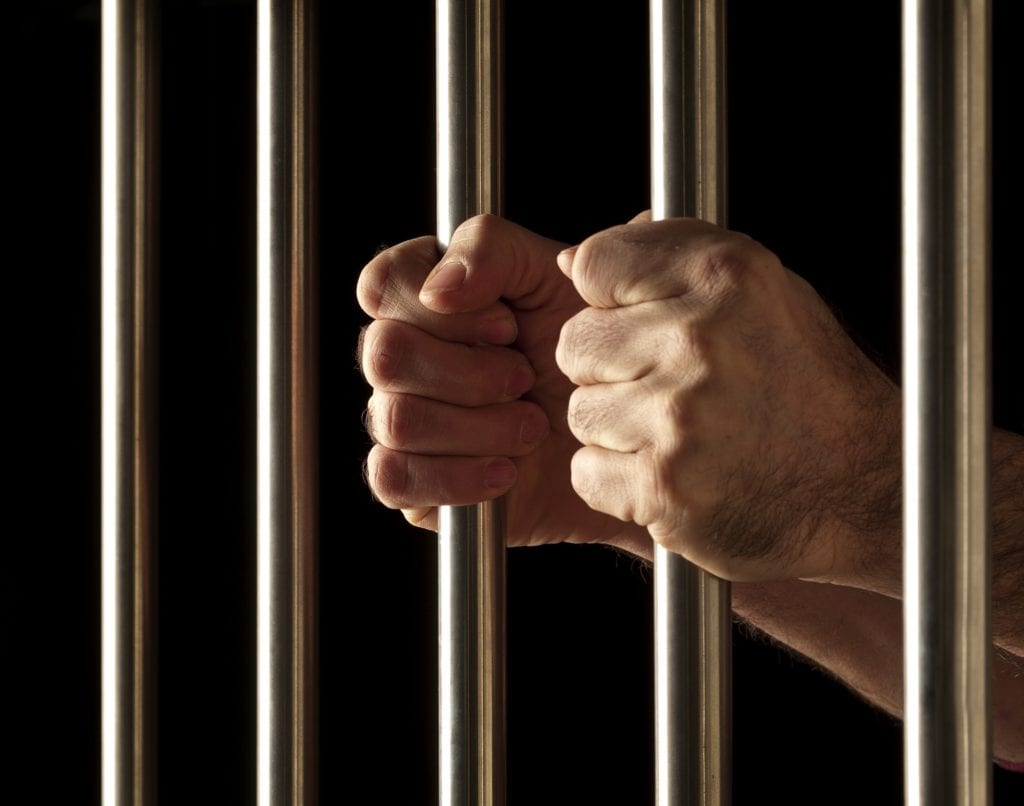 Heroin manufacture, heroin creation, heroin delivery, and heroin possession with the intent to manufacture heroin, create heroin, or deliver heroin are all felony drug crimes. These are Michigan’s most serious heroin crimes. Again, punishment is subject to the amount of Heroin involved. Lots of people are in prison now because of heroin convictions. If the amount of heroin involved in this type of crime was:

Enhanced Penalties for Heroin in Michigan

Although we have outlined a number of penalties, keep in mind that it is possible to receive an even more severe punishment if this is not your first criminal conviction, if the heroin crime occurred in a certain location (such as a park, school, business, house, or church), or if your heroin crime involved a minor. In addition to all of that, your driver’s license may be suspended too, even if you were not driving at the time of the crime. The State of Michigan will also charge you multiple fines.

The heroin crimes discussed here are charged under Michigan drug laws. It is also possible to be convicted under federal or local laws. You need an attorney who understands the complexity of drug crime laws and who will be able to advise you not just on Michigan law, but on federal and local laws as well. Our attorneys at The Kronzek Firm are highly experienced and have handled heroin cases in both state and federal courts. Keep in mind….the right attorney is critical.

The Kronzek Firm attorneys have successfully fought heroin charges throughout Michigan. We are prepared to put together a defense for you, no matter what your drug charges. If you have been charged with a heroin crime in Grand Rapids, Detroit, Ann Arbor, Lansing, Monroe, Jackson or throughout Michigan, contact our expert heroin drug defense attorneys today. Call (866) 766-5245.