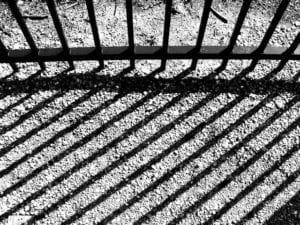 So if you get probation, does that mean you get to skip out on going to jail? That depends…

Hey there, we’re glad you made it back! (Unless of course you just stumbled on this article by accident because you’re looking for info about probation in Michigan, in which case – take a moment to get caught up here first!)

Anyway, we’re talking about probation in Michigan. So far we’ve covered the fact that probation is sometimes used instead of jail time, and sometimes before or after jail time. We also talked about the rules you’ll have to follow while you’re on probation. So let’s wrap this up with a few more details…

Am I entitled to get probation if I want it?

Like we pointed out last time, probation is a privilege, not a right! Probation is considered to be  “a form of leniency” that lets people convicted of crimes keep living in society as free individuals, or get out of jail sooner. It’s definitely not something the state owes you, and no one is entitled to probation.

And while we get it – probation can feel super restrictive with all those rules and regulations you have to follow, it’s still a whole lot better than being in jail! After all, you don’t get to hang out with your friends, have a job, and sleep in your own bed while you’re in the slammer!

What does “violating the terms of my probation” mean?

So this one’s pretty straightforward. If a judge decides you get probation, it often (but no always) means you get to stay out of jail, but you still have to prove to the court that you can behave and make good choices. You’ll be given rules to follow, and a list of things you’ll have to do (or not do) in order to prove that you’re making an effort. If you don’t follow these probation orders, which are called the “terms” of your probation, then you’re considered to have “violated” those rules. Which means trouble.

What happens if I break the rules while I’m on probation?

That depends. What did you do? How many times have you got into trouble since your probation started? Have you been rude and disrespectful to your probation officer (which makes them less likely to work with you). Who’s the judge involved? There are so many factors that can influence the outcome here. But to answer your question, here’s a quick look at what usually happens when you violate the terms of you probation:

Your best bet is to get a REALLY good criminal defense attorney!

If you don’t already have an experienced Michigan defense attorney then you better pick up the phone right now and call 866 766 5245 (866 7No Jail). There’s way too much at stake here to rely on an inexperienced lawyer, or court appointed attorney! Speed is a big deal here, so don’t wait! Contact our aggressive and experienced criminal defense attorneys today and make sure your future’s in good hands! We’ve helped clients all over the state of Michigan since the last century.