Michigan Man Exonerated of Murder, But Is He Really Free? 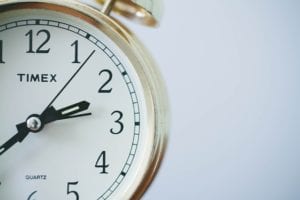 The effects of a false conviction can last a lifetime. Even after you’re proven innocent…

The murder of Jodi Parrack has been a subject of ongoing investigation and debate in Michigan since the 11-year-old was murdered in November of 2007. Jodi was reported missing at about 7 p.m. by her mother, Valerie Carver, who found her strangled body later that same evening in the local cemetery. But it was former Constantine reserve police officer, Raymond McCann, who repeatedly suggested that the search party check the local cemetery, a fact that haunted him for years after the fact!

Who really murdered Jodi Parrack in 2007?

The case went cold quickly, with many leads and no results. In 2011, the Michigan State Police took over and assigned a small, full time team to the investigation. In 2015, 65-year-old Daniel Furlong was arrested for attempting to assault a young girl in White Pigeon, Michigan. That’s where he lived. Curious about the similarities in the two girl’s appearances, and the victim’s description of an extension cord in Furlong’s hands, MSP looked into Furlong.

He was later charged and convicted of Jodi Parrack’s murder. He confessed to the murder as part of a criminal court plea bargain. However, during the course of the investigation, McCann was suspected of not being upfront with MSP investigators who questioned him shortly after the body was discovered. Over the next five years he was questioned over two dozen times. But in 2014, police interviewed McCann again and decided there were deviations in his story from prior interviews. He was immediately arrested and accused of Perjury.

So what did McCann have to do with Jodi’s murder?

In short: nothing. But the constant harassment by cops who suspected him of involvement destroyed McCann’s life. His wife divorced him, his children turned against him. People in the town of Constantine, Michigan treated him like a pariah, and he lost his job as a reserve officer. He was believed by just about everyone to have been involved in Parrack’s murder, despite the fact that Furlong told police that he had never met McCann and knew nothing about him.

Yet despite the fact that all the cops could ever come up with was a few inconsistencies in McCann’s statements, he was convicted of Perjury and put in prison. A perjury charge in a murder investigation carries a potential life sentence, which is equal to the penalty for murder itself. However McCann maintained his innocence, and continued looking for ways to prove his lack of involvement.

What made the prosecutor finally drop the charges against McCann?

After serving 20 months in prison, McCann was released on parole, but the conviction still hung over his head. Despite Furlong’s conviction, he still had a criminal record in Michigan that labelled him a potential murderer. A reporter named Ken Kolker of WOOD TV in Grand Rapids, brought McCann’s case to the attention of the Innocence Clinic at University of Michigan law school and the Center on Wrongful Convictions at Northwestern University law school. Both legal defense clinics began work preparing motions for his exoneration.

In the end, the St. Joseph County Prosecutor’s office was willing to consider the motions. Circuit Court Judge Paul E. Stutesman agreed that there had never been enough evidence to convict him in the first place. McCann’s motion to vacate his 2012 perjury conviction was granted. He was free! But was he really…?

Being falsely accused of a crime permanently impacts your life!

Although McCann is no longer a man accused of a crime, or a man with a criminal record, it doesn’t change the fact that he lost almost two years with his family. He lost relationships with his wife and friends. He missed out on milestones in his children’s lives. He became persona non grata in his community. And those things cannot be given back. The damage cannot be undone.

As we have pointed out many times before, the justice system is not perfect. Cops make mistakes, and crime scene forensics isn’t rock solid. Innocent people get charged with crimes all the time, and many of them end up behind bars for decades, having lost everything. But you don’t have to be one of them! If you or a loved one have have been falsely accused of a crime in Michigan, call The Kronzek Firm at 866 766 5245. (1 866- 7NoJail) Our aggressive and experienced criminal defense attorneys can help you fight the lies and get your life back in order.