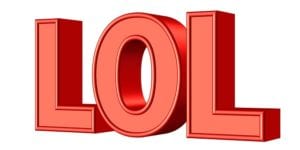 Pranks can be funny, but some pranks can get you arrested! So be careful when getting ideas from YouTube…

YouTube has over 1 billion active users every month. One of the most popular searches on the site are prank videos. Usually they’re compilations – “Funniest Pranks of 2017”, although sometimes they’re individual clips, filmed and uploaded by a single user, like Roman Atwood or Vitaly Zdorovetskiy. But whatever form they come in, one thing they all do, is inspire their viewers to follow in their footsteps, and that can be a major issue. (Unless, of course, you happen to like going to jail. Then it’s probably no big deal!)

Why would a prank get me arrested?

Pranks seem like good, harmless fun. Someone sets up a scenario intended to scare or confuse someone else, and then records their reaction. Sometimes the person being pranked gets a fright, and sometimes they get startled. No big deal, right? Sure, unless the person being pranked gets hurt. Or their property gets damaged. Or their rights get violated. Then it’s serious business. Here in Michigan, when somebody gets hurt being the victim of a prank, there’s a good chance the prankster will end up in jail.

Not everyone watching YouTube prank videos knows this, but it’s true. As Ranker accurately describes it on one of their top ten lists, prank artists’ are known for “pushing the boundaries, getting arrested, and even having to defend themselves from angry victims.” The reason, they point out, is that these prank artists are willing to “do anything for quality content.” (‘Quality content’ of course, meaning anything that gets them loads of views and new subscribers.)

Pranks that are illegal in Michigan…

Wrapping someone’s car in cling wrap may sound like a funny idea, but when that plastic melts in the sun and destroys the car’s paint finish, resulting in thousands of dollars worth of damage, it’s more than a prank – it’s Malicious Destruction of Property. (Which could be a ten year felony, depending on the cost of the damage!) And then there’s the old standby – a flaming bag of poop on someone’s doorstep. Funny? Maybe to you. But to the person whose front porch is now a hot, sticky mess, not so much. And again, destruction of property isn’t a joke.

What about when someone’s life or health are at risk?

Spiking drinks is another favorite that can get you a not-so-free trip to the local jail (and maybe then on to a state run correctional facility for the worst “vacation” of your life!) Spiking someone’s drink may sound like a funny prank, but the charges that could follow are not remotely hilarious. Even if no one is harmed, the drug possession and assault charges alone can land you behind bars for decades! (Michigan prosecutors do not find these kind of pranks funny AT ALL!)

Extreme pranking has resulted in criminal charges all over the world!

Max, Arman and Rebeen Jalal (who operate Jalal Brothers on social media) were arrested in Australia for creating and uploading fake terror attack videos, showing a man in middle eastern dress orchestrating bombings and drive-by shootings. Members of Trollstation are now serving jail sentences for “inciting fear and provoking violence” in the UK with their fake heist and kidnapping prank, executed in London’s National Portrait Gallery.

Pranks can have very serious consequences in Michigan!

Pranks are all fun and games until someone gets arrested. And people often do. While it may sound like a fun idea when you’re sitting around, dreaming up ways to entertain your online fans, the results are often harder to control. People react in unpredictable ways, and scenarios spin out of control. Sometimes something is simply downright dangerous, stupid, harmful or illegal. When you or a loved one have been investigated for or accused of a crime because a prank got out of hand, call The Kronzek Firm at 866 766 5245 (866 7NoJail). Our skilled criminal defense attorneys can help you make the best of a bad situation. We have decades of experience fighting for our clients all over the lower peninsula of Michigan.