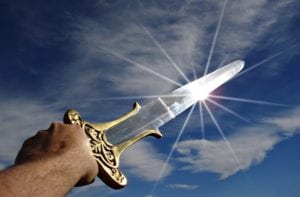 The word “weapon” means almost anything you can use to hurt someone else!

Welcome back and thanks for joining us. We’ve been talking about some of the ways that Michigan law can surprise you, especially when it comes to weapons-related charges. As we pointed out in the previous article, a classic example of this is armed robbery charges, where you can be charged with armed robbery even if you weren’t armed with a weapon. All you had to have was something that could be used as a weapon, or in some cases, the person you were robbing just had to think you had a weapon. But that isn’t the only situation where this happens.

Assault with a dangerous weapon means what exactly?

According to Michigan law, assaulting someone with a deadly weapon means you’ve attacked them violently with the intention of causing them physical harm. It also means that you had a weapon with you during the attack, that you used against the other person. But this is where it gets tricky… you may think of a deadly weapon as a gun, or a knife, or a pair of brass knuckles, but the law has a much broader idea of what a deadly weapon could be.

What counts as a dangerous weapon in Michigan?

If we say down and made a list of every item that could be used as a weapon to hurt someone, we’d be here all day (and you’d probably get bored and stop reading.) Why? Because the list is looooong! Essentially, if something can be used to cause someone else injury, it counts as a possible weapon. Don’t think that makes sense? Check out this list of possible dangerous weapons:

Almost anything can be used as a weapon!

So when it comes to this charge, the “weapon” in question is pretty much any item that you can wield like a weapon, and use to cause someone else harm. And it doesn’t matter whether the charge is Felonious Assault, Domestic Assault, or Assault With Intent to do Great Bodily Harm Less Than Murder, you’re looking at years behind bars if convicted, even if your “weapon” wasn’t a traditional weapon at all.

Have you been accused of a weapons-related crime in Michigan?

Weapons related charges in Michigan can be very serious. Many are punishable by years, if not decades, in prison. So if you or a loved one are facing weapons related charges in Michigan, call The Kronzek Firm at 866 766 5245 (866 7No Jail) immediately. Our skilled criminal defense attorneys have spent decades battling for our clients all over Michigan, protecting their futures and defending their rights. We are here, 24/7, to help you too!